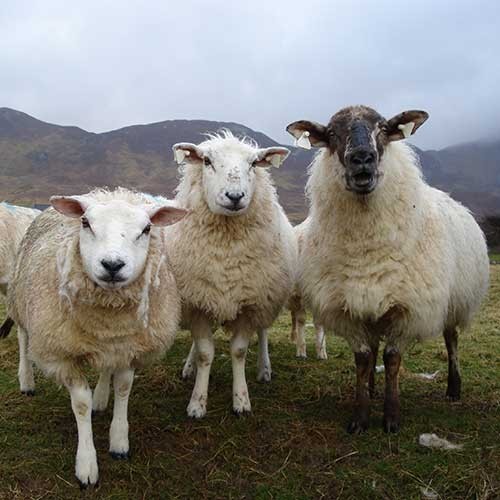 Ballina
With one of Ireland's very best stocked salmon rivers passing right through it, Ballina is world famous for it salmon and trout fishing. Anglers from all over the globe come to fish the dark waters of Ballina's "Ridge Pool", and to savour the towns unique brand of West of Ireland hospitality. Indeed former Irish soccer manager Jack Charlton was famously a frequent visitor to the Ridge Pool, but he is only one of a strong contingent of enthusiasts who return over and over again to pit their skills against its canny residents.

The 10 day Ballina Street Festival is now one of Ireland's leading summer festivals, attracting people from all parts of the country, and indeed from all parts of the world. The festival includes its own "heritage day", which remembers the great characters and history of the town, and the great mythical heroes of Irish history. The final day of the festival is a wonderfully action-packed occasion which culminates in a massive fire works show. The festival represents a week long feast of free entertainment for all the family, with great music, theatre, culture, and peagentry. And for bemused visitors from foreign lands, it is a glimpse of what is a is best about Ballina and County Mayo.

Beleek Castle is undoubtedly one of Ballina's greatest treasures. Tucked away just outside the town centre, this magical, lovingly restored castle, is a great centre of historical intrigue and sumptuous comfort. Its refurbishment was heavily influenced by the Spanish Galleon that stood alongside it for many years, and much of its woodwork has been constructed from ancient timbers salvaged from the "Castle Squadron", one of the great warships of the Spanish Armada which was wrecked off the Mayo coastline back in the 1500′s. Indeed, several artifacts have been recovered from the wreck and now stand proudly at Belleek Castle for all too see.

Not only does Beleek Castle Hotel use artefacts and great oak balks from the ill fated Spanish Armada, but its "Tween Decks" area has been crafted from the remains of a 17th century Spanish war vessel which was also shipwrecked in the area. The property is many things, a small sumptious hotel, a spectacular gourmet restaurant, and an armour museum. It stands in 1,000 delightful acres of private grounds.

Night life: Ballina has great entertainment at night with its many bars and restaurants with many of them playing music to entertain their guests. There are also three night clubs